Why Use Emojis In Digital Communications? 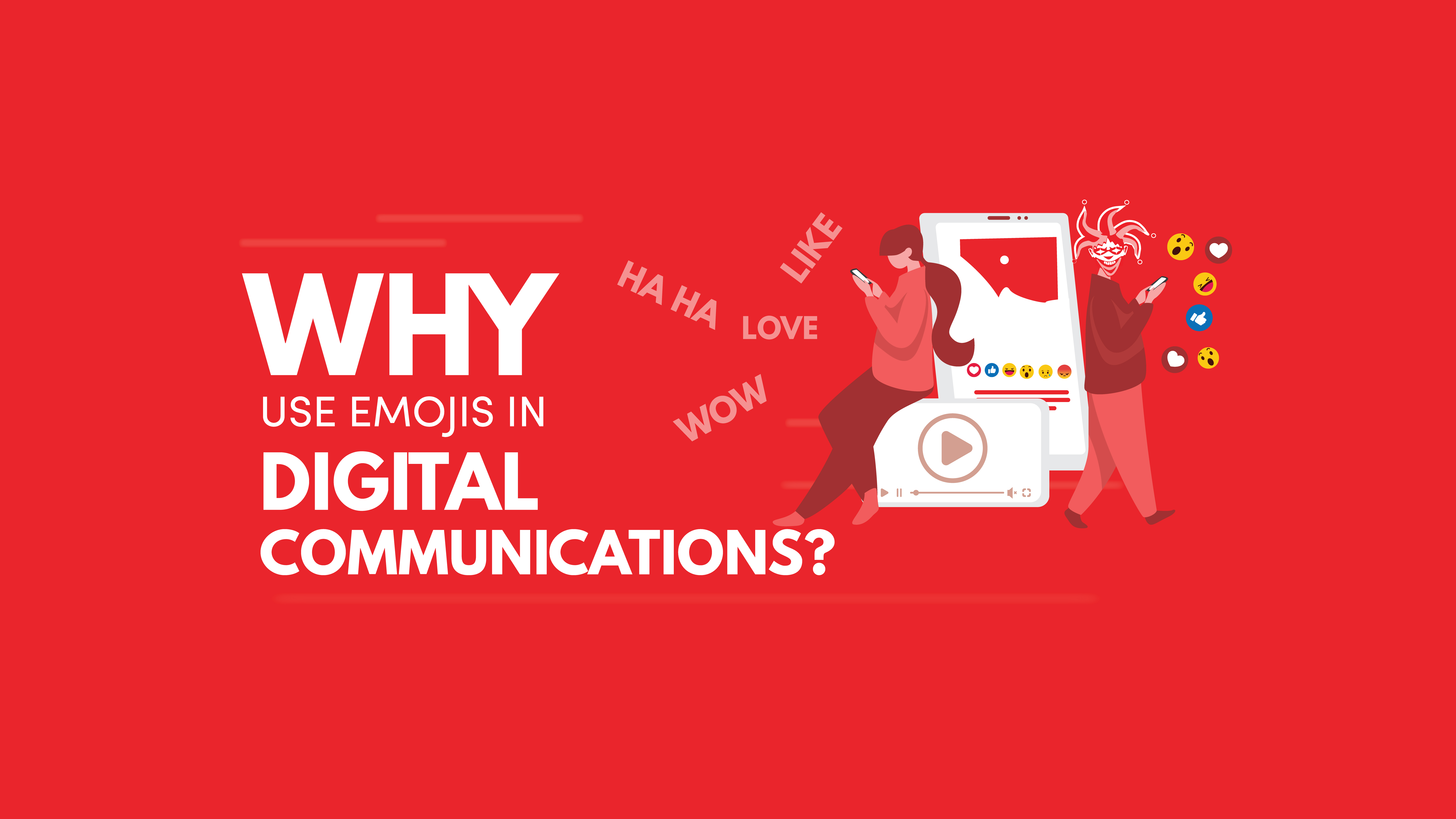 Why Use Emojis In Digital Communications?
FacebookTweetLinkedIn
Emojis have become part and parcel of our daily digital communications. It’s estimated that 700 million emojis are used every day without text on Facebook Messenger. Hieroglyphics and emojis are considered writing systems, not languages. Nevertheless, pictograms are still powerful symbols that illustrate the way people think, speak and communicate.

How do Emojis relate to marketing?

Emojis have become a cultural phenomenon. These are small engagement boosters. It shapes the way we express ideas and emotions across languages, friends and generations. Emojis add that extra element of fun to our digital communications. Considering today’s social media landscape, brands should be evaluating which emojis are right for their posts. According to the Emoji Trend Report, almost half of respondents are eager to follow a company which uses emojis.

In total, there are 3,304 emojis in the Unicode Standard, as of March 2020. The most recent emoji release is Emoji 13.0, which added 117 new emojis. This figure includes sequences for gender, skin tone, flags and the components that are used to create keycap, flag and other sequences.

Using emojis is an easy way to connect with people through emails, social media posts, texts, and related channels. The trick is to be conservative when using them, lest they end up being misinterpreted or conveying the wrong intent.

Emoji is worth a thousand words. They can express emotions easily.

Be careful of overusing emojis: less is definitely more! With the huge number of options available, try to find a couple that represent your brand or service.

When and When Not To Use Emojis

Due to the growing use of emojis in the workplace, there has been an increasing controversy over the suitability of their inclusion in professional business writing and work correspondence in general. A vast majority of people still use them. 61% of people use emojis at work and believe them to be a beneficial form of communication. Emojis can be seen as a way to help make communication clear and concise, liven up a dull conversation and they’re just plain fun.

In certain situations, using an emoji is great — as sending your colleague a happy birthday message and adding in a gift or a balloon icon. There are no noticeable drawbacks in that context. On other occasions, it can be totally inappropriate — like sending an employee (who you fired) a laughing smiley face to mock or ridicule them. Sometimes, emojis can be used to exacerbate an already bad situation and escalate the interaction to be considered harassment. For obvious reasons, this is never good — in your professional or personal life.

Let’s use emojis responsibly and engage in fruitful digital communications.