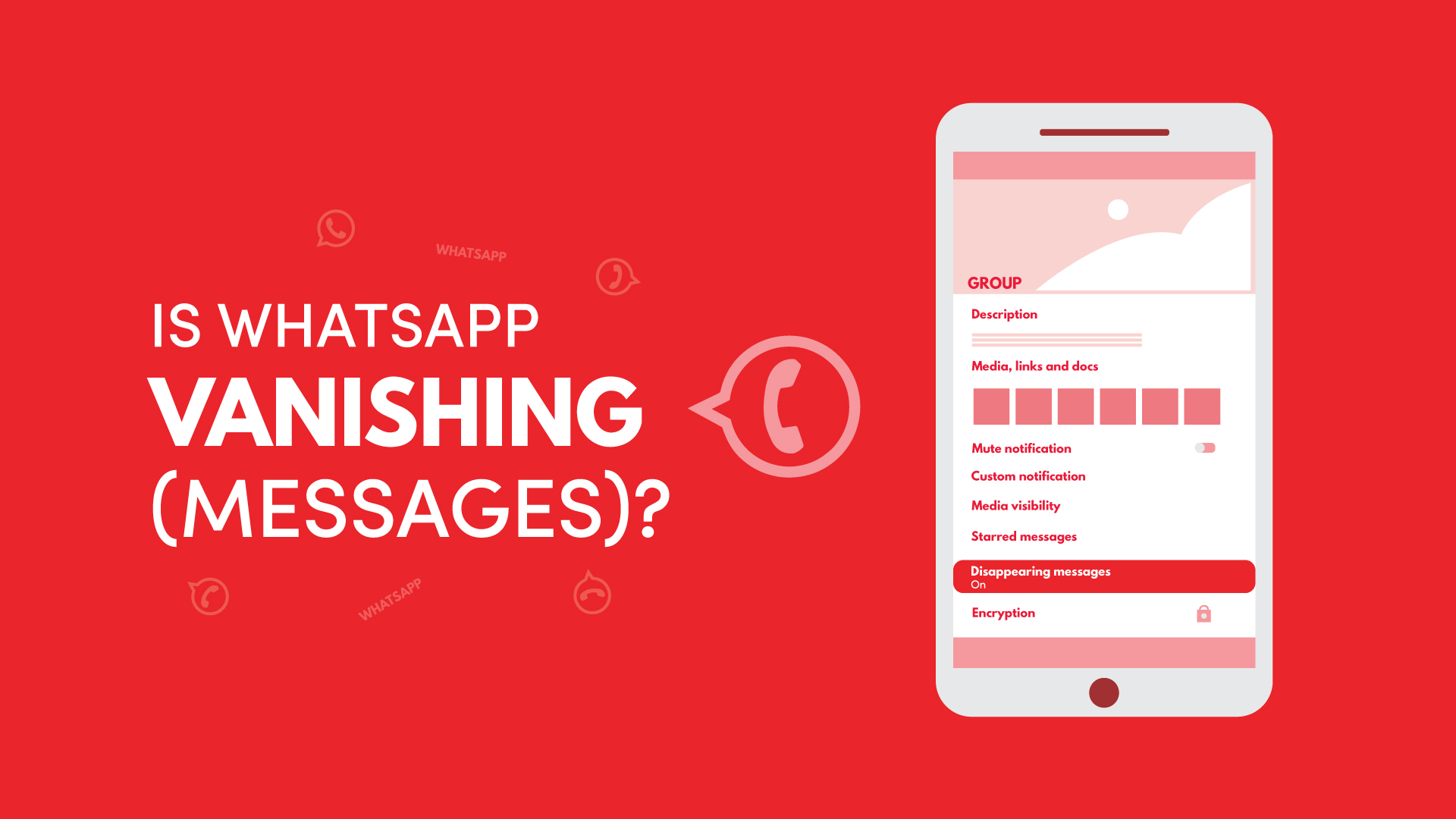 Is WhatsApp Vanishing (Messages)?
FacebookTweetLinkedIn
WhatsApp is a popular instant messaging platform and nowadays, it is even more essential and a frequently used word in our daily lives. The instant messaging platform has a user base of 2 billion and it has enabled seamless connectivity by giving the opportunity for friends and family to connect with each other and share experiences.

WhatsApp introduced a new disappearing message feature recently. The feature allows users to enable disappearing messages in chat conversations between friends, to automatically delete messages after seven days. Anyone is able to use this feature in individual chats and group admins will be able to enable the option in group chats.

The “Disappearing Messages feature” will take off photographs and videos after 7 days. Even though the messages will disappear for both parties it’s still possible to capture screenshots or copy messages before they are periodically deleted.

It is expected that this feature would bring a new level of privacy to the app. WhatsApp is not the only app which has enabled this feature; apps such as Telegram, Wire and Signal have also enabled the option. There is a difference on how disappearing messages will work on WhatsApp in comparison to other messaging apps. Apps like Telegram, Wire, Signal typically offer an option where users can set a preferred time for their messages to be disappeared, this can range from a few seconds to a day to even a week.

WhatsApp’s disappearing messages feature does have some pitfalls. For example, if you decide to activate this feature, and the other user doesn’t open WhatsApp during the 7 day period, while the message might disappear, the other user could still see a preview of the same in their notifications tab.

The feature would enhance the privacy of users too.

By default, media you receive in WhatsApp will be automatically downloaded to your photos. If disappearing messages are turned on, media sent in the chat will disappear, but will be saved on the phone if auto-download is switched on.

However, WhatsApp messages are already end-to-end encrypted which means no third-party or WhatsApp could access these messages and read them.