Afraid of Earthquakes? Google to the Rescue 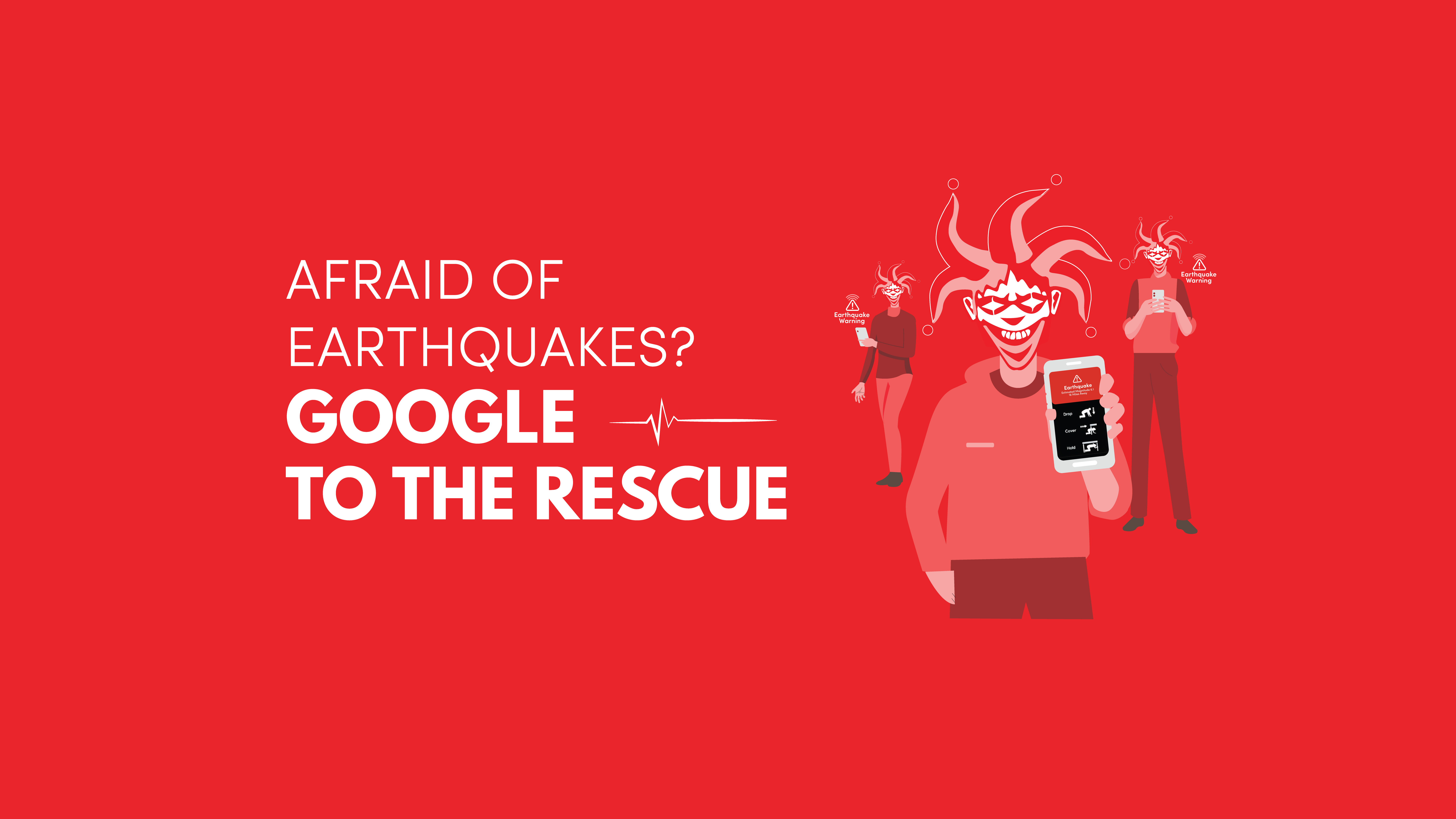 Afraid of Earthquakes? Google to the Rescue
FacebookTweetLinkedIn
Earthquakes are terrifying. We have seen many examples of earthquakes which have wreaked havoc across the globe. Natural disasters have brought agony to people’s lives. We live in a digitally transformed world. What if, we get a heads up before an earthquake? Sounds awesome, isn’t it?

As always Google comes with a miracle. Google rolled out a feature that not only gives you an early warning about potential earthquakes, but also converts your phone in to a mini seismometer (An instrument that measures and records details of earthquakes, such as force and duration) and makes it part of a network of shockwave detecting Android devices. The system will automatically send warnings to people who could be impacted.

In the 1st phase, Google partnered with the United States Geological Survey and the California Office of Emergency Services to send the agencies’ earthquake alerts to Android users in the state. The alerts are generated by the already-existing ShakeAlert system, which uses data generated by traditional seismometers. The principle Android Software Engineer at Google, Marc Stogaitis said that It would be great if there would be seismometer-based systems everywhere that could detect earthquakes. The system uses information gathered from more than 700 seismometers across California to figure out when an earthquake is taking place.

An Android phone can become a “mini-seismometer” since it has an Accelerometer – the feature which detects whether you have rotated it or not. Android’s system uses the data from that sensor to see if the phone is shaking. It only is on when an Android phone is plugged in and not in use, to preserve battery life. Google’s aspiration is to have different level of alerts for different earthquakes. It has consulted with seismologists not only on the design of the core system but also on how the alerts should appear. The goal is to “convey information kind of as quickly as possible in a short amount of time so that users can understand that they need to react very quickly to an earthquake without reading a huge wall of text. Google hopes to create an API based on its earthquake detection system. It doesn’t plan on using this system on iPhones, but if the API comes out then Apple would be free to use it.

More importantly, This allows you to share your phone’s language setting when you’re dialing a local emergency number, which can enable a dispatcher to be better prepared with a translator ready, getting you help faster. If you find yourself in an emergency in a foreign land and don’t speak the local language, this could save some time in getting you the help you need.